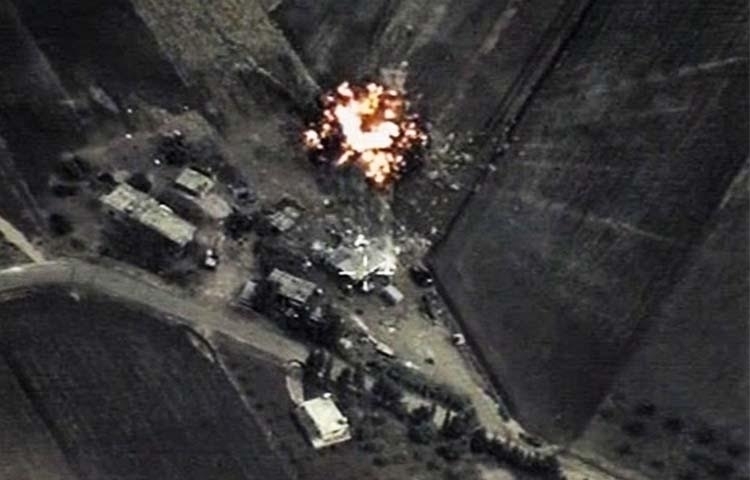 The Syrian Network for Human Rights published a report on Sunday, October 11, documenting the number of Syrian civilians killed at the hands of Russian forces.

According to the report, entitled "The sun will not rise on the Syrian people from Moscow," 104 civilians, including 25 children and 15 women, have been killed since Moscow's air strikes began targeting Syria on September 30.

The Network said the attacks sent ISIS a direct message to expand and control all opposition-held areas, the opposite of Moscow’s alleged goal.

Russian forces have announced the strikes targeted extremist organizations, such as ISIS, Nusra Front and Jund al-Aqsa, but evidence shows many of the attacks have deliberately killed civilians, and targeted areas that have never been under the control of those organizations.

The Network concluded its report by urging Russian forces to respect international humanitarian law, and should be held accountable for the violations it has committed since the start of attacks. The Network said it is necessary to protect civilians from the "brutality of the Syrian regime and its extremist allies," adding that a no-fly zone should be imposed to protect civilians from the regime's barrel bombs, as well as from ISIS.