Jin FM director says trainees will not only work at the Jin FM station, as station also seeks to increase the number of female media activists in the region 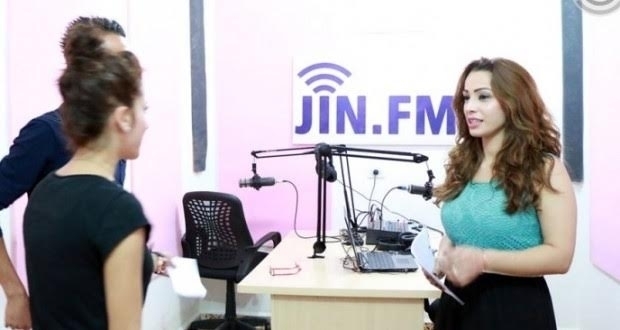 Syria’s first independent women's radio station, staffed exclusively by women, started broadcasting from the city of Amouda, in the country’s northeast, with a focus on the social aspects of life in the region.

Jin FM will broadcast for four hours a day, from 12 noon until 4 p.m., and will cover Amouda and its surroundings. The radio station’s director, Sherine Ibrahim, stressed in a press statement that training and preparations took almost a year, as all station staff were trained at the same radio station.

Ibrahim noted the station had trained 10 young women to work in the radio so far, while "work is underway on a daily basis to train eight more.”

Ibrahim pointed to the importance of women's roles in building society, stressing that the goal of Jin FM is not limited to the provision of job opportunities to women, as "we seek to deal with everyday problems facing women."

Jin FM Jane, a project of Jin Center for Training Female Radio Staff, is the first independent center of its kind in Syria.