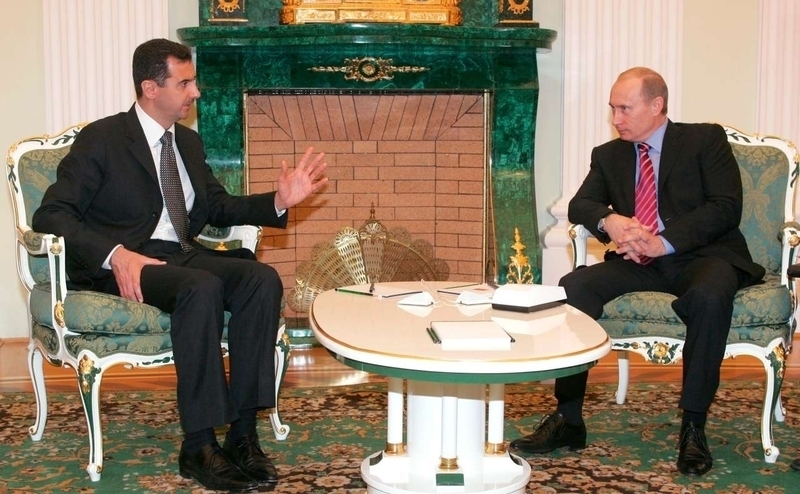 In an interview with Turkey’s Anadolu news agency, Ramadan said: "We believe this is part of the Russia's political propaganda drive for its operations on the ground after the regime failed to achieve a number of field victories, despite its concentration of air raids on opposition-held areas."

Ramadan added that "the Assad regime's failure on the ground became clear when it opened at least 10 fronts in Syria without a significant breakthrough – despite support from Iranian militias and Russian air forces – while the only real progress was made by the Islamic State (ISIS), which benefited from the Russian raids and by further expanding its territory."

"The Russians are trying to cover their military operation with a political one, but in reality, Russia does not talk about the path of Geneva I, and we noted that all Moscow’s statements ignored Geneva and the relevant Security Council resolutions."

This indicates Russians refusal of Geneva I and the Security Council resolutions, Ramadan noted. “They are talking about fake parliamentary elections to reinstate Bashar Assad and retain his power through a process that is no different from the previous elections, which kept the Syrian Baath Party in power."

According to Ramadan, there is no credible evidence suggesting Assad actually paid a visit to Moscow. “Perhaps he met with Putin somewhere else.”

“There is a Russian political performance to cover the crimes committed on the ground, specifically its air strikes, which have led to many casualties among civilians".

"The visit coincides with Iran's announcement it has increased the number of its advisors in Syria, and that draws our attention. I mean, the fact is Assad has turned into an agent for Iran and Moscow. Iran declares an increase in the number of its experts in response to Assad's request, though he himself did not announce it. Moscow also announced that it had intervened at the request of Assad, who again did not announce it, and now Moscow announces Assad's visit before the Syrian regime does, while some regime officials didn’t even know about the visit," Ramadan said.

Ramadan considered the announcement of the Syrian president’s visit "a scandal" of Russia’s military intervention, because "Russia announced the visit, not Assad and his regime. The regime has become a tool and a card in the hands of the Russians and Iranians who use it to serve their own interests."

On the Coalition's response to the visit, Ramadan said: "We consider the visit a meeting between two killers, and when they meet, it means that another crime will be committed – Putin kills the Syrian people now, Assad kills them as well, and they meet to discuss how to continue their crimes."

The Coalition spokesman stressed that "the Security Council, the United Nations, the international community and the whole free world must move to stop this provocative violation of human and moral values, as well as international law by Russia."