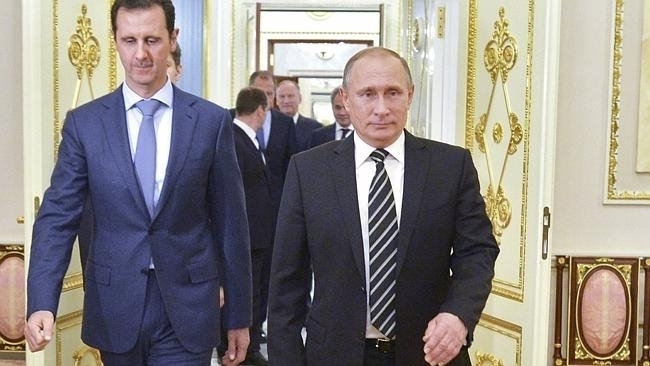 The Russian daily Kommersant has revealed a number of details regarding President Bashar al-Assad's recent visit to Moscow.

According to the newspaper, on Monday afternoon, “journalists in the Kremlin were told that President Vladimir Putin would hold a meeting on Tuesday, without giving the names of those attending the talks. As this was a normal procedure, no questions were raised regarding the names of the guests. Some speculated that they could be the heads of provincial councils or of companies.”

Kommersant added that “journalists were later told that the meeting would be held behind closed doors. At 9:20 am, when reporters were hurriedly invited to a press conference by Kremil spokesman Dimitry Peskov, it was clear something unusual was happening.”

The newspaper quoted sources as saying that Assad requested the meeting be held in complete secrecy, adding that the meeting lasted for more than three hours.

Meanwhile, according to the Twitter account of the Syrian Presidency, Assad held three rounds of talks, one bilateral and the other two in the attendance of Russian Foreign Minister Sergei Lavrov and Defense Minister Sergei Shoigu.

Lebanese An-Nahar newspaper reported from Reuters news agency that an AL76 MD Russian military cargo plane flew from Syria to Ckalovski military base in Moscow on Tuesday, and that the same plane left for Lattakia the same evening.

Assad's visit to Moscow is the first since the start of the Syrian revolution in mid-March 2011 and was not announced by the Kremlin until after the Syrian president’s return to Damascus. Assad’s reception surprised analysts and politicians alike, some of whom felt that the president was not treated like a head of state.