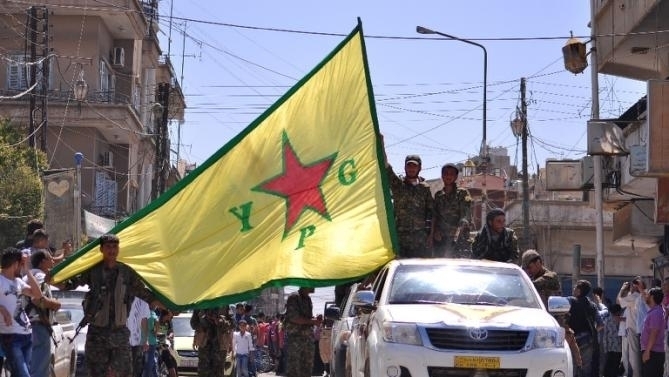 A group of Syrian political bodies and public figures have issued a statement denouncing the annexation of Tel Abyad in the province of Raqqa by the Kurdish self-administration in an attempt to change the identity of the area’s government, politics and demography.

The statement said that changing the administrative division of Tel Abyad, after seizing it by force, is a short-sighted step and threatens the unity of Syria and its people. It is an invalid and totally rejected step, and will not gain acceptance or legitimacy as long as it is imposed by a single party with aid from foreign forces, the statement added.

The statement also stressed that the attempt to fabricate an administrative and political reality in the region denies the reality of history, geography and population distribution under the pretext of fighting the Islamic State (ISIS).

“It is an opportunistic policy that invests in the suffering of Syrians and the priorities of their struggle against Assad and ISIS, so the rise of a new fascism – represented by so-called People’s Protection Units (YPG) – will become a new challenge for Syrians who must fight it now or later.”

The signatories of the statement called on all Syrians to reject this opportunistic policy in order to safeguard the future of Syrian people, and to defuse conflicts fueled by the practices of these units.

The statement also warned Free Syrian Army battalions, which allied with YPG units, of their historic recklessness by following policies contrary to the will of the Syrian people.

The signatories concluded by stating "the will of our people in Tel Abyad will finally win the bet, no matter how many fascists they will have to face."