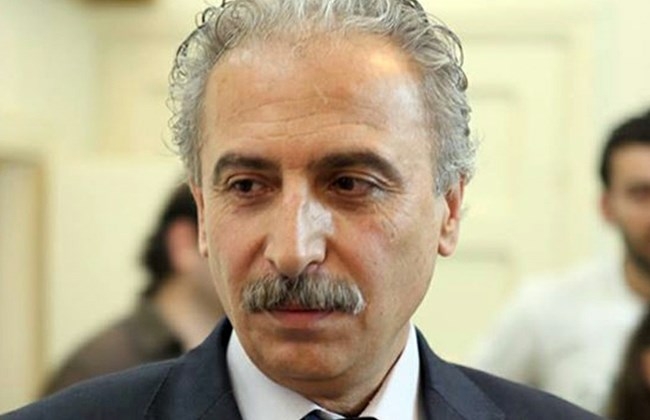 Louay Hussein, leader of the Building the Syrian State movement, announced his withdrawal from the Supreme Commission for Negotiations formed by the opposition Riyadh Conference earlier in December.

In a statement published on his official Facebook page, Hussein wrote: "I am sad that after about a month of the formation of the Supreme Commission for Negotiations, I find myself obligated to withdraw from its membership. This is due to many reasons that started with the partisan quotas basis they had used to form the Commission. I have expressed my reservations about this way of formation since they declared it as the way to assign the Commission’s members, and my reservations on the structure of the Commission that was formed in this way. But I was not able to change it or change its mechanism, which turned into a new rhetorical platform for some of the parties who do not lack rhetorical platforms."

Hussein said that his position on the structure of the Commission, which used partisan quotas to choose its members, is pragmatic. “I fear that this structure and its mechanism might cause the regime to win. The Commission then would simply pretend that the regime had won only because of its international allies."

"This is why I demanded Mr. [Staffan] De Mistura and his team try and find a way to protect the interests of the majority of the Syrian people who do not support the regime or the opposition. I had hoped that the Supreme Commission for Negotiations would do that, and I asked them more than once to be the representatives of the Syrians’ hopes and interests, but some of the members thought that what I had said would not serve the revolution or Syria," he added.

Hussein concluded by saying his withdrawal, "will not affect his personal or partisan support of the political process to solve the Syrian crisis according to Security Council Resolution No.2254. Also, I will never stop defending all Syrians’ rights for freedom, equality and justice, and I will not waive any of their rights or ambitions to live in peace and dignity under the rule of a democratic regime based on principals of citizenship that do not discriminate among citizens on the basis of religion, nationality, sect, gender or culture.”