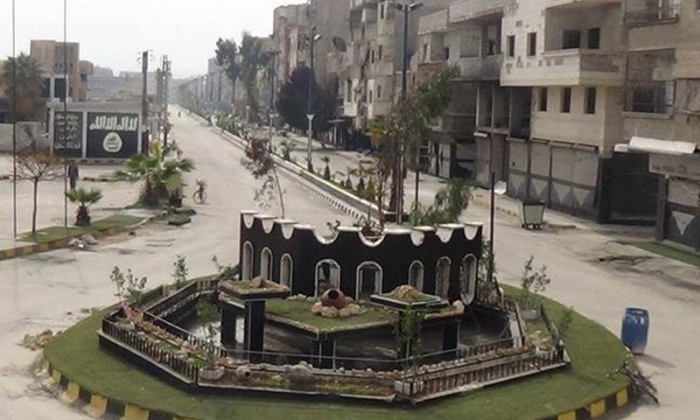 A prisoner exchange was completed between the Army of Islam and the Islamic State group on Sunday in the area south of Damascus after months of clashes between the two sides.

Alsouria Net’s correspondent in the Damascus countryside, Nebuchadnezzar, reported the statement of an Army of Islam commander in the eastern Qalamoun region: “The exchange happened after long negotiations sponsored by local mediators, and resulted in the liberation of 11 residents of the southern Damascus area whom [ISIS] had previously arrested on charges of espionage and treason.”

The commander added that in exchange, the Army of Islam released 11 militants who had been arrested after it was proven they had pledged loyalty to ISIS leader Abu Bakr al-Baghdadi, including a militant who carried out security operations for ISIS in areas controlled by the Army of Islam.

The leader said the prisoners held by ISIS “have no relation to the Army of Islam, but [ISIS’] preparations to leave the southern Damascus area were one reason behind the acceleration of the exchange process. This exchange does not end the state of war between the Army of Islam and ISIS.”

Our correspondent noted that the incident was the second of its kind. A similar exchange was completed about a year ago in the eastern Qalamoun region. ISIS received six militants, including foreign fighters, whom the Army of Islam had taken prisoner in the Ba’er al-Qasab area of the Damascus countryside, while ISIS released seven Army of Islam militants whom had arrested in the al-Qaryatayn area.

The Revolution Spring Gathering, an activist group that works south of the capital, said on its website: “The prisoner exchange occurred at the al-Arouba/Beirut Street checkpoint, which divides the village of Yelda and Yarmouk camp, in the presence of dozens of relatives of the Islamic State’s prisoners and fighters from military factions, including leaders from the Army of Islam and Jaish al-Ababil.”

ISIS is preparing to leave the southern Damascus area to head to Raqqa province, the group’s headquarters in Syria, after a deal with the Assad regime which allowed it to withdraw all its supporters and their families in the biggest operation since the start of the reconciliations in Syria and the first inside the capital.

Before the implementation of the agreement, ISIS in southern Damascus began its exit by evacuating and handing over its bases in the Hajar al-Aswad area to the Dahi al-Islam brigade, loyal to the Ahrar al-Sham Islamic Movement, which is one of the strongest fighting factions south of Damascus and includes a large number of students of Islamic law.