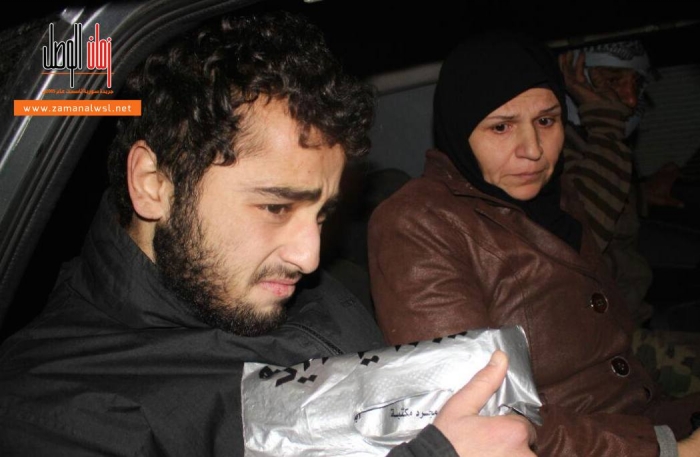 The Assad regime has freed eight people, including four women and three children, in a prisoner exchange with rebels in Damascus late on Monday, a rebel commander told Zaman al Wasl.

Abu Nafea al-Dimashqi, commander of the Dhuha al-Islam Brigade, said the prisoner swap included a Hezbollah militant who was taken captive a week ago by rebels near the Sayeda Zeinab Shrine, south of the capital.

Youssef Tawfik Nashshab, 65, is a father of five other Hezbollah militants fighting in Syria, Dimashqi added.