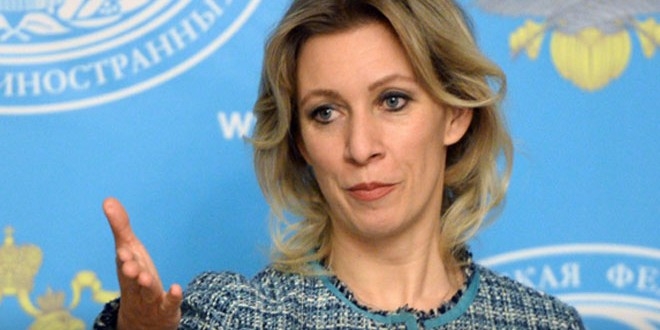 The Russian Foreign Ministry says the opposition delegation to Geneva, the High Negotiations Committee, withdrew from the intra-Syrian talks due to the gains made by the Syrian army on the ground.

“The reason behind such a harsh step of the [opposition] group is that the Syrian army has made serious success over the past days in the north of the Aleppo province,” official spokeswoman Maria Zakharova told reporters on Thursday.

As a result of the successful operations of the Syrian army and its allies, opposition fighters were cut off from supply routes between the north of the Aleppo province and the Idleb province. “This was a serious blow for terrorists and those who are their accomplices and sponsors,” she added.

The Syrian army, backed by National Defense Forces militias, recently broken the siege of Nabul and Zahraa in the northern countryside of Aleppo after restoring security and stability to many areas in the vicinity.

Zakharova said Russia is cautiously following up the distribution of humanitarian aid in Syria but warned terrorists may benefit from this aid in their activities.

Meanwhile, Turkey has not provided any evidence to confirm recent allegations of Russian planes violating its airspace, Zakharova said.

“None of the planes from the Russian air group in Syria have violated the Turkish border,” she said. “Ankara has not yet provided any facts to back up its charges. There have been no replies to direct requests from the embassy to provide such information, either.”

According to the diplomat, Turkey covers up its own military activity on its border with Syria by accusing Russia of violations.

“It seems that all ungrounded accusations in regard to the Russian [air force] are voiced by Ankara in order to find an excuse or maybe use it is a cover for stepping up its military activities in the area of the Turkish-Syrian border,” Zakharova said.