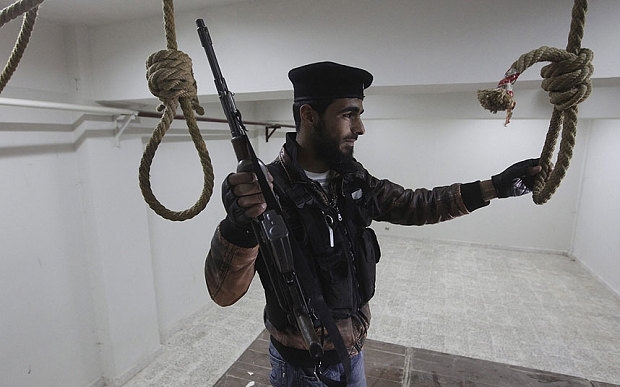 United Nations investigators called for imposing “targeted sanctions” against officials in the Syrian regime for the killing, torture, and the disappearance of detainees in its prisons.

The UN Commission of Inquiry on Syria issued the report on Monday, February 8, in which it highlighted abuses carried out by Assad’s forces against civilians.

“Nearly every surviving detainee has emerged from custody having suffered unimaginable abuses. Syrian civilians have suffered from unlawful arrest and detention and kidnapping since the start of the crisis five years ago,” said Commission chair, Paulo Pinheiro.

The study details how thousands of the regime’s detainees have been beaten to death, or died from injuries sustained during torture.

A large number of detainees have died as a result of inhuman detention conditions and lack of medical care, according to the report.

"These actions, in pursuance of a state policy, amount to extermination as a crime against humanity," Pinheiro told reporters.

Thousands of prisoners and missing people still remain in Syrian regime prisons. Human rights organizations attempt monthly counts of the number of deaths resulting from torture or disease inside the jails, but there have been no measures implemented by the international community to release detainees or stop indiscriminate arrests.