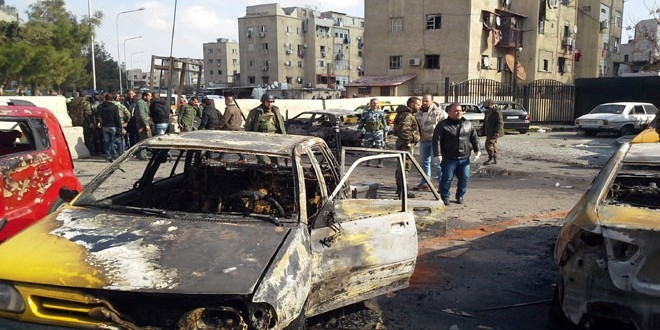 Speaking to reporters from the site of the attack, Interior Minister Mohammad al-Shaar said the attack deliberately targeted families staying at the Police Club.

He noted that a committee from the Criminal Security and Police departments in Barzeh has been formed to gather details of the attack.

The bombing took place near the Police Club and the local fruit and vegetable market, causing damage to the surrounding buildings.

Health Minister Nizar Yazigi visited Ibn al-Nafees Hospital to check on the condition of those injured in the attack.

The Syrian Cabinet condemned the terrorist bombing, with Prime Minister Wael al-Halki saying that armed terrorist organizations have resorted to these “cowardly” acts as they are reeling under the Syrian army’s victories.

The Syrians will continue their fight against terrorism no matter what, he added.