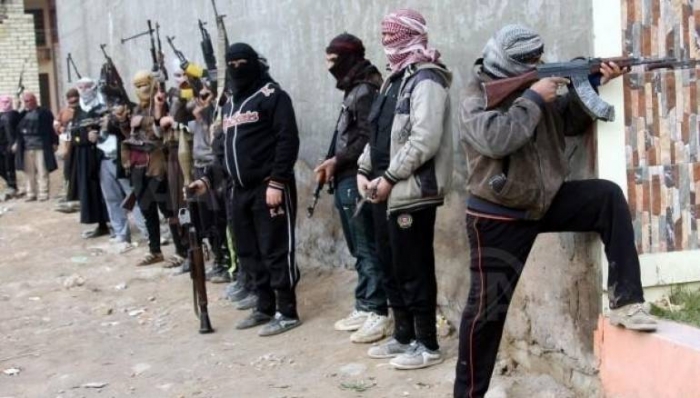 The Islamic State group is preparing for a major offensive against the Syrian Democratic Forces, a US-backed alliance of Kurdish and Arab fighters, in Shadadi town south of Hassakeh province, Syria’s Local Coordination Committee revealed.

The committee said it was informed that a meeting took place in Raqqa, the de facto ISIS capital in Syria, on February 6 that included Abu Dujana al-Iraqi, a top aide of ISIS leader Abu Bakr al-Baghdadi, as well as other senior ISIS leaders

The secret meeting had discussed the supply routes and reinforcement that should be delivered from the Iraqi city of Mosul to Raqqa and the planned trade deals with Kurdish militias.

The fate of kidnapped Yazidi girls and families was also on the ISIS schedule, according to the LCC.

Experts claim ISIS’ power has declined in recent months due to the efforts of Western-backed Kurdish forces in Syria and Iraq and thousands of US-led air strikes over the past 20 months.

ISIS fighters who engaged in fierce fighting with the Democratic Forces in Jabal Abdul Aziz region have captured villages of Safian, Abu Fakhaith, Meshrafa and al-Badie south of Ras al-Ayn.

The Democratic Forces were formed in mid-October through an alliance between the powerful Kurdish People's Protection Units (YPG) and a number of rebel groups including Arab and Assyrian militias to fight ISIS. But weeks later the Defense Forces turned their fight against moderate rebel groups amid reports of secret coordination with the Assad regime forces and Russia.

On Sunday, activists told Zaman al-Wasl that the Syrian Democratic Forces had arrested about 150 tribesmen in Raqqa province after they refused to join the US-backed alliance.

Media activist said the Democratic Forces have waged a series of raids on the Arab villages of Soukariyeh, Tyba, Eastern Tel Abyad, Antar and Ali Bajabla. Most of the abducted tribesmen were members of Jaish al-Ashaer, or the Tribes Army, he added.