Russian FM submits proposal to world powers to end fighting in Syria with the initiative expected to commence on March 1, if approved 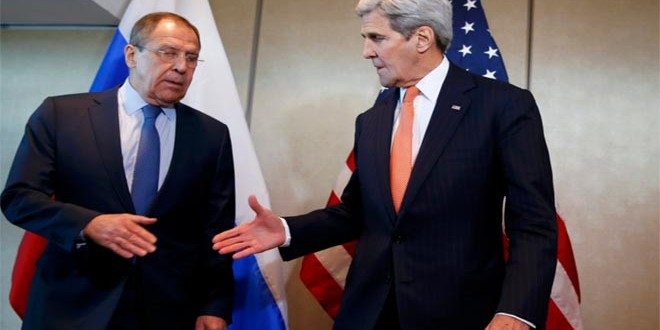 The Russian Foreign Minister Sergei Lavrov announced on Thursday he is awaiting a reply from the parties of the International Syria Support Group regarding Moscow’s proposals for a ceasefire plan in Syria.

During a meeting with his US counterpart, John Kerry, on the sidelines of the Munich Security Conference, Lavrov said that Moscow had presented proposals on ways to reach a lasting ceasefire in Syria and is waiting for a response from members of the International Support Group for Syria.

For his part, Kerry said that achieving progress on the subject of a ceasefire and ensuring humanitarian access to besieged areas is a prerequisite to engage in searching the other aspects of the crisis.

Lavrov and Kerry’s meeting came ahead of the International Syria Support Group conference in Munich which is intended to discuss means to relaunch efforts on the settlement of the Syrian crisis.