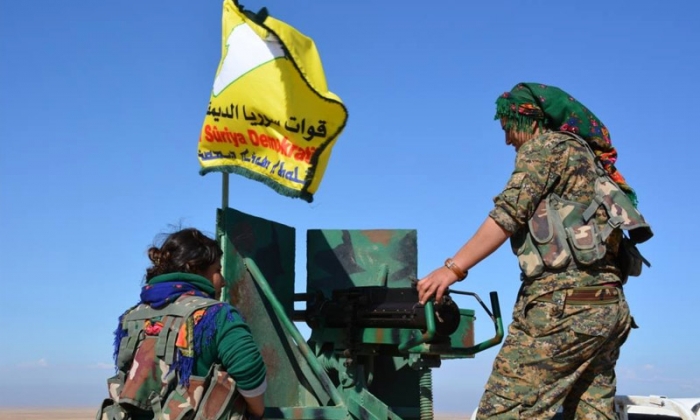 The Syrian Democratic Forces (SDF) reached an agreement with opposition factions in the northern Aleppo countryside on a compromise to peacefully deliver the town of Marea, on Tuesday, February 16.

Tareq Abu Zaid, the official spokesman for Jaish al-Thuwar (Army of the Revolutionaries), a key member of the SDF alliance, said that his group reached a settlement with factions in the area, adding that “it will be entered into peacefully.”

Abu Zaid said the “Free Syrian Army are brothers,” but announced on his Facebook that his faction will continue to fight the Nusra Front, and Ahrar al-Sham Islamic Movement forces in the area.

Opposition factions in the area have not officially commented on the event, but sources told Enab Baladi that the surrender of the town has become a matter of time, especially after the SDF recently took control of the village of Sheikh Eissa.

Their capture of Sheikh Eissa means Marea is surrounded — if it remains in the hands of the Free Syrian Army — by the Islamic State group and the SDF, which suggests the choice to surrender has become the only solution to leave the town.

The SDF said: “Our heroic forces just entered the town of Marea without fighting.” But activists in the area said it was still under control of other opposition factions.

The town of Marea is a rebel stronghold in the northern Aleppo countryside. It is the town of Abdel Qader al-Salah (Haji Marea) leader of al-Tawheed Brigade, a main rebel group which participated in the liberation of Aleppo and wide areas of the province more than three years ago.