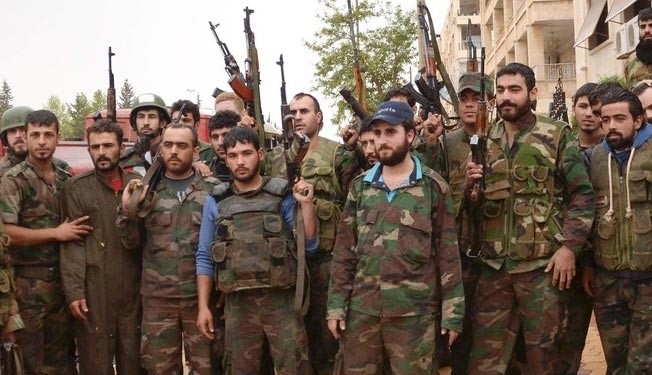 The decision of Syrian Prime Minister Wael al-Halki at the start of the month to require government employees to serve in military “voluntary brigades” has provoked heated debate among regime forces over what they consider discrimination by the regime for one class of fighters over the other, especially those who have served in the army for nearly five years.

Widespread anger erupted among regime loyalist, especially soldiers, due to the decision — not because it forcibly required civilian employees to fight, but because of the privileges it includes for those employees at the expense of army soldiers.

While a soldier in the regime forces lives through difficult financial conditions while earning a very low salary, and goes almost the whole month on daily meals consisting of boiled potato, egg, a piece of bread and a few olives, the regime provides employees fighting in the “voluntary brigades” financial incentives to fight and ensure they do not flee.

A soldier in the regime forces voiced his concerns on the “Together to demand soldiers’ rights” Facebook page, stating: “Since before the events we have been deprived of these benefits. No one thinks of us. We have been forgotten by the state which sacrifices us.”

Expressing his anger, the soldier added: “You’ve driven us mad… the nation is precious, the nation is a duty. If it wasn’t for our love and our sacrifices for the nation, we wouldn’t have been patient until now. But it’s enough. It’s someone else’s turn, let us go. You’ve made us hateful, and there’s not even any compensation. It’s as if we were created just to die, to be tortured and to serve (these officers).”