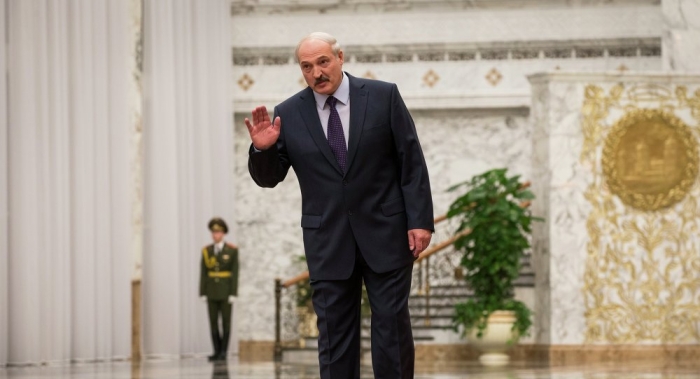 Belarusian President Alexander Lukashenko expressed his country's full support to the Syrian people and its leadership in the fight against terrorism, First Secretary of the Communist Party of Belarus Igor Karpenko said Sunday.

Heading a delegation in the Syrian capital, Karpenko delivered a letter to President Bashar al-Assad from his Belarusian counterpart stating his desire to continue developing relations between the two countries in various fields.

President Assad, in turn, expressed his appreciation of Belarus’s stance despite Western pressure, adding that it has been able to succeed and stand its ground.

Assad noted that the war Syria is fighting against terrorism and its backers is part of a broader US-led war waged by the West through their tools and agents in the region.

This broader war, Assad said, targets all countries which show resistance to Western hegemony and adherence to their independent decision and peoples’ interests, adding that the aim of this war is to redraw the map of the region and of the world.