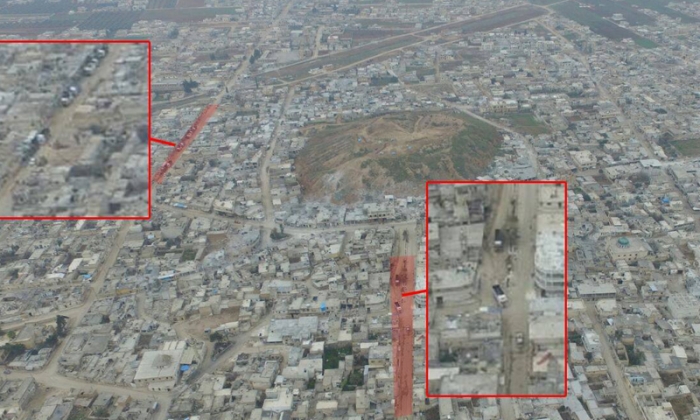 Syrian activists have accused the Syrian Democratic Forces, a Western-backed and Kurdish-led rebel alliance, of looting public and private property in areas under its control in the northern province of Aleppo.

Jaish al-Thuwar (Army of Revolutionaries), a key unit in the SDF, which is now in control of vast swathes of Aleppo territory, has looted civilian houses in the newly captured Tel Rifaat and nearby villages, residents told Zaman al-Wasl.

Activists have purportedly circulated photos of trucks carrying furniture and electronic devices, claiming the items were headed to the Kurdish-dominated areas.

The Democratic Forces is an alliance of Kurdish fighters from the People's Protection Units (YPG) and a number of Arab opposition groups.

The alliance’s advances have angered Turkey, which accuses the YPG of being the Syrian affiliate of the Kurdistan Workers' Party, an outlawed group that has waged a decades-long insurgency against Ankara.

Turkish Foreign Minister Mevlut Cavusoglu said Monday that a military ground operation in Syria by Turkey and Saudi Arabia is not on the agenda and any such move would need to involve all countries in the US-led coalition against ISIS, Reuters reported.

Russian air strikes were the biggest obstacle to achieving a ceasefire in Syria, Cavusoglu told a news conference in Ankara. He said the Syrian opposition, which said Saturday it had agreed to the "possibility" of a temporary truce, would meet in Riyadh Tuesday.