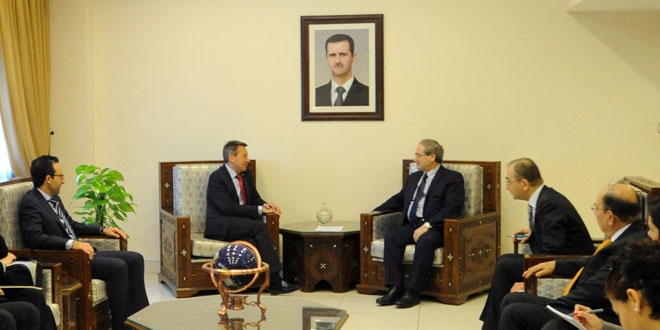 Deputy Foreign Minister Faisal Mikdad met with the head of the International Committee of the Red Cross (ICRC), Peter Maurer, to discuss boosting coordination between Syria and the organization.

The two sides also touched on the issue of sending humanitarian aid convoys to all areas in Syria and the distribution of aid among people affected by the crisis.

Mikdad asserted the Syrian government’s keenness to fulfill its obligations and responsibilities towards its citizens who were affected by terrorism, highlighting the importance of respecting Syria’s sovereignty in order to fully benefit from Red Cross aid.

He also lauded the humanitarian efforts of the Syrian Arab Red Crescent carried out in cooperation with the ICRC.