At least 70 ISIS fighters killed in the recapture of the northern border town by Western-backed forces, says spokesman 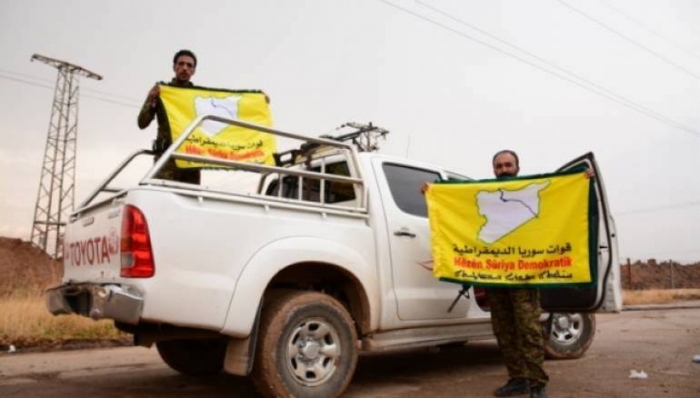 A spokesman for the Kurdish-led Syrian Democratic Forces said Sunday that the U.S.-backed alliance had driven Islamic State militants from the town of Tal Abyad on the Turkish border, killing 70 fighters.

Early Saturday, ISIS attacked Tal Abyad as well as the nearby towns of Suluk and Hammam al-Turkmen.

Col. Tala Cilo told Russian agency RIA Novosti: "All the attacks have been repulsed, and all the places where the terrorists had succeeded in gaining a footing are mopped up."

Brett McGurk, envoy to the anti-ISIS coalition, said on his Twitter account that ISIS' attack on Tal Abyad was repelled by U.S.-led air forces that “responded immediately and with devastating precision.”

The YPG captured Tal Abyad from ISIS last year in an offensive backed by U.S.-led airstrikes.