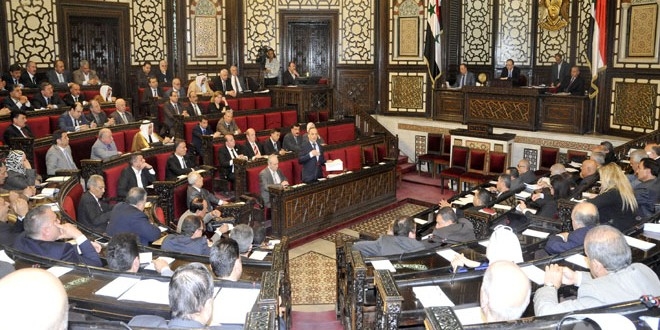 Electricity Minister Imad Khamis was questioned in response to an official performance inquiry during a session of Syria’s parliament on Monday.

Khamis was questioned on the ministry’s measures to deal with issues spawned by the crisis in Syria, touching on matters such as power rationing and outages, fees and prices, signed contracts, and the general state of the power grid.

Chairing the session, Speaker Mohammad Jihad al-Laham said that it was not the first ministerial review and would not be the last, stressing that no minister is exempt from questioning. Laham added that if questioning does not lead to improving a ministry’s performance, the parliament can resort to other constitutional steps that could result in a vote of no confidence.