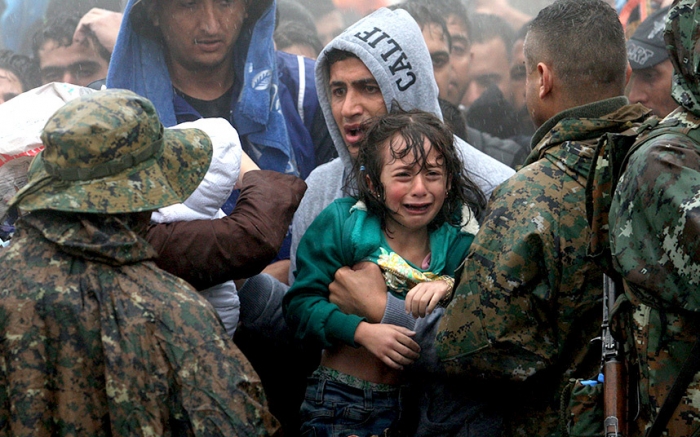 Athens closed its border with Macedonia on Monday, Feb. 29, raising the number of those stuck on the Greece side of the border to 6,000 people, according to Greek police.

The Agence France-Presse quoted a police source as saying that the 300 refugees who were permitted to cross into Macedonia on Saturday were exclusively Syrians and Iraqis, while no refugees entered on Sunday.

Media sources claimed Macedonian police fired tear gas at refugees when a number of them tried to cross the border and cut the barbed wire which had been put up to prevent them from crossing.

Greek media reported that a ministerial meeting would be held in Athens on Monday to make an “emergency” plan to address the problem of the stranded refugees.

During a TV program on the channel ARD, Merkel asked: "Do you seriously believe that all the euro states that last year fought all the way to keep Greece in the eurozone – and we were the strictest – can one year later allow Greece to, in a way, plunge into chaos?"

Athens has protested repeatedly against decisions it described as “unilateral” taken by some EU countries, especially Austria, regarding the refugee crisis. Greek Prime Minister Alexis Tsipras called last Friday for member nations to “proportionally share” responsibilities “to preserve the unity of Europe.”