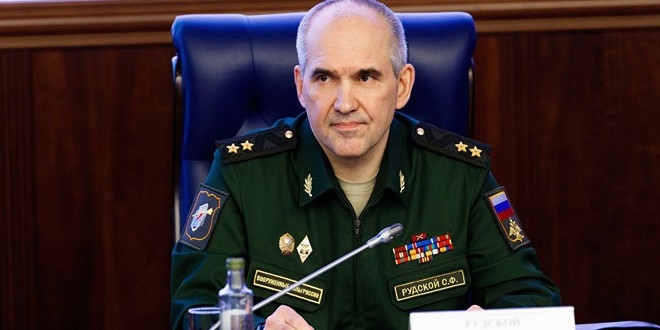 Russia’s general staff of the armed forces said Monday that the US is procrastinating in implementing the agreed rules to deal with breaches in the cessation of hostilities agreement, which took effect in Syria on February 27.

Chief of the main operations department Sergey Rudskoy said in a statement published by RT that the Russian-US consultations, which took place in Amman on March 18, demonstrate that “the American side is not ready for a focused discussion and work on the agreement’s text.”

Rudskoy noted that the Russian side sent on February 25 draft proposals for ensuring commitment to controlling the ceasefire in Syria.

“After receiving the US position on this document, we developed and sent a compromise draft agreement to the United States on March 5,” the official said, adding that the Russian side proposed holding “expert consultations within the shortest time possible on agreeing its text.”

Russia announced it would independently enforce the conditions of the agreement as the consultations in Amman showed a US lack of readiness.

“If [Russia] gets no response from the United States to these proposals, it will proceed starting March 22 to unilateral application of the rules specified in the agreement,” said Rudskoy.