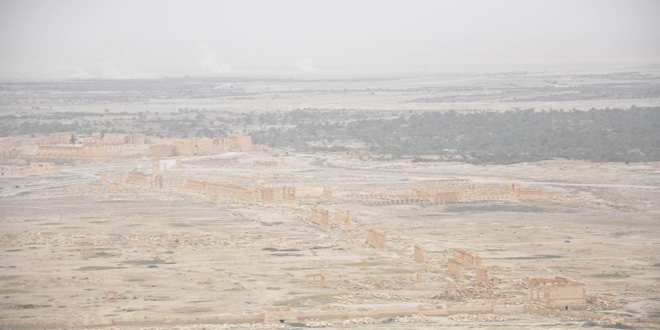 Russia announced on Monday it will send a team of experts to the ancient city of Palmyra to assist the Syrian army in the cleanup of landmines which were planted by Islamic State militants.

The Russian RT website quoted head of the Russian General Staff, Valery Gerasimov, as saying that Moscow will send engineers along with special robots to take part in demining the archaeological sites in the desert city.

Gerasimov added that Russian air strikes destroyed terrorist positions and depots in Pamlyra and its surroundings, cutting off oil smuggling routes which finance terrorism in Syria and abroad.