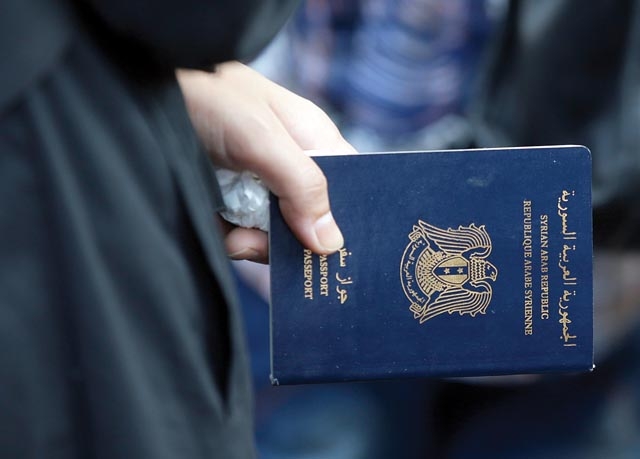 Syria’s Interior Ministry has made a decision to issue Syrian expatriates six-year passports which had previously been limited to two years, indicating the move will exclude expatriates who have legal action against them such as those who are pursued judicially or who have not performed their required service.

Decree 687 stipulates that those who want to obtain a passport will pay 400 US dollars for a period of six years and another 200 dollars to renew it, according to the legislative ordnance issued last year.

According to sources, the decree came to ease the affairs of Syrian expatriates abroad following a number of harassment cases in some of the Gulf countries.

Two months ago, the Kuwaiti authorities detained more than 50 Syrian expatriates who were heading to visit the United Arab Emirates on the pretext that their passports were forged despite assurances from the Syrian consulate that their travel documents were valid. The Kuwaiti government insisted on expelling 13 Syrians on that charge. The sources said that new passports had been issued to the group, although their previous passports were valid, in an indication of the possibility they may return to Kuwait.

The sources noted that the state was eager to ease all steps for expatriates given that they are Syrian citizens, indicating that many people from Syrian communities abroad had requested an increase in the validity period of the passports because of issues in some countries, including the Gulf and some European countries.

Immigration revenue reached more than 512 million dollars in 2015 as the department issued about a million passports in addition to issuing 10,000 residency permits to foreigners living in Syria.