Thousands of residents, including 600 children, have been diagnosed with Kwashiorkor disease in the besieged town, medical expert says 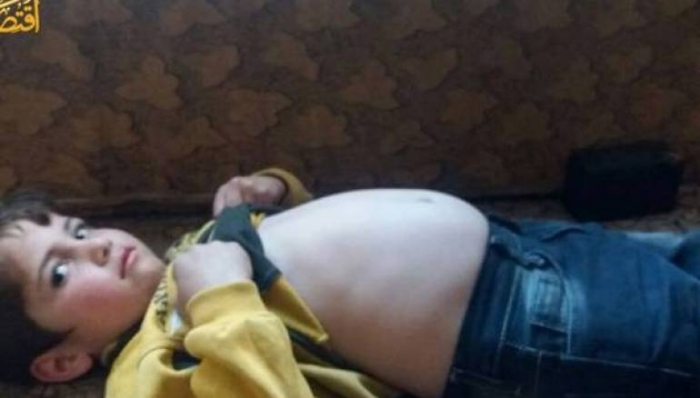 A large number of cases of Kwashiorkor, a form of severe malnutrition, have been diagnosed in the town of Madaya in rural Damascus after a long siege forced by the Syrian regime and allied sectarian militias.

Dr. Mohammed Darwish confirmed that almost 2,000 cases of the condition were diagnosed in a field hospital, of which 600 patients were children who had reached an advanced stage.

The main cause of the disease according to the Dr. Darwish is due to a lack of protein in residents’ diets as a result from the siege which prevented food from entering the town.

Symptoms of the disease include changes in skin and hair color, fatigue, diarrhea, loss of muscle mass, failure to grow or gain weight, swelling of the ankles, feet, and belly, damaged immune system, which can lead to more frequent and severe infections, irritability, flaky rash, and can result in shock, the doctor detailed.

Kwashiorkor is easily treated with a change in diet by increasing the amount of protein as well as eating balanced foods containing carbohydrate and fat.

The doctor confirmed that medical practitioners had contacted the United Nations and reported the first diagnosed case, but the response was too slow.

He added that they reported the increased number of Kwashiorkor cases and they needed protein to treat the cases quickly. UN representatives were told that a medical convoy was on the way but it was postponed for two weeks because of security reasons.

Madaya has been under blockade for more than eight months by the Syrian army and its Lebanese ally, Hezbollah, where about 40,000 residents are trapped.

Blockades have been a common feature of the five-year-old civil war that has killed an estimated 260,000 people, with government forces besieging rebel-held areas and rebel groups blockading loyalist areas.