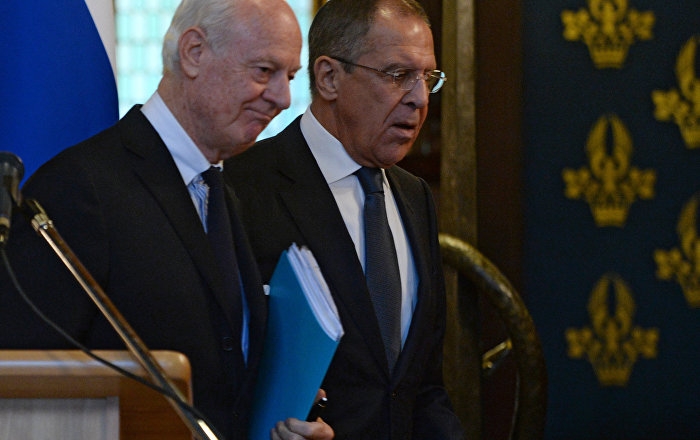 UN Special Envoy for Syria Staffan de Mistura travelled to the Russian capital Moscow on Tuesday to discuss preparations for the next round of intra-Syrian talks in Geneva with Russian Foreign Minister Sergei Lavrov.

“Russia and the United States are the main co-sponsors of the talks, which are expected to resume with the opposition delegation on April 11,” a UN spokesman said, missing the envoy’s “target date” of April 9.