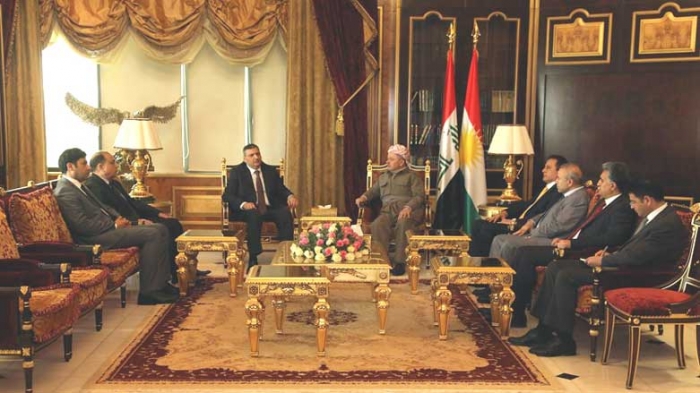 General Coordinator for the opposition High Negotiations Committee Riyad Hijab reaffirmed on Monday that only Syrians can decide the future of their country, adding that no group has the right to transform Syria by force.

“This will need a popular consensus and free and fair elections. No group is allowed to reshape the national identity according to their standards by the force of weapons," Hijab told Iraqi Kurdish leader Massoud Barzani during a meeting in Erbil, Iraq.

During the meeting, the two discussed recent developments around the Syrian issue and its effect on the region, as well as possible ways of cooperation and coordination on issues of mutual interest.

In a statement that Al-Souria received, Hijab stressed the necessity of strengthening coordination on common security issues in order to prevent the crisis from spilling over to neighboring countries, including boosting joint efforts to fight terrorism.

Hijab also discussed the importance of achieving peace through encouraging Syrians to participate in the political process. The Syrian Kurdish component is key to the success of the political process, Hijab said, adding that any party which operates according to foreign agendas must be prevented from monopolizing on political representation to achieve their own interests.