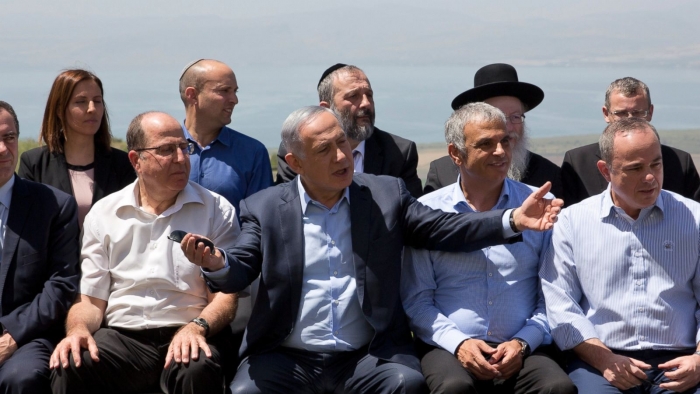 Spokesman for the opposition’s High Negotiations Committee Riyad Naassan Agha condemned remarks by Israeli Prime Minister Benjamin Netanyahu stating that his country will not give up the Syrian Golan Heights, which it has been occupying since 1967.

Agha said that Netanyahu’s remarks represented a violation of international law, stressing that the Golan Heights are part of Syria and always will be.

The spokesman pointed out that Jerusalem could not convince anyone in the world to recognize its alleged right to annex an Arab land through repeated aggression, stressing that the Golan Heights is internationally recognized as part of Syria.

The Arab League on Monday denounced Netanyahu’s comments as "escalatory," describing the remarks as "a new escalation that represents a brazen violation of international law." It reaffirmed that the occupied Golan Heights are Syrian territory, stressing the Syrian people's sovereign right to own this part of Arab land.

The Arab League warned Israel of the consequences of exploiting the situation in Syria in order to justify the continued occupation of the Golan Heights.