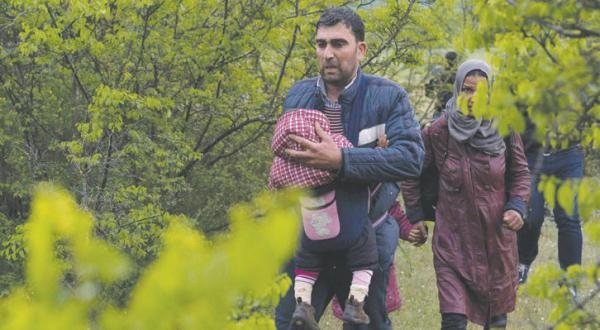 Turkish Prime Minister Ahmet Davutoglu in the southeastern Turkish city of Gaziantep on Saturday cautioned the EU to keep its promise to provide visa-free travel for Turks by June or see Ankara walk away from a key refugee deal.

According to the Turkey-EU agreement, Ankara has promised to accept repatriated refugees from Greece with no EU entry permits, in exchange for sending the same number of vetted Syrian refugees. To finance this, Turkey would be given up to €6 billion in European funding over the next half decade.

“These pledges are mutual, if the European Union does not take the necessary steps, it would be unthinkable for Turkey to do so,” Davutoglu said in a joint news conference with German Chancellor Angela Merkel.

“We see the visa exemption as an inseparable, fundamental part of the EU-Turkey agreement,” Davutoglu added. “Readmission agreement applies only with visa exemption.”

The deal agreed with EU leaders in late March is supposed to stop irregular flows of migrants to Greece by deporting people back to Turkey.

For every one person deported from Greece, an EU state would voluntarily resettle a Syrian refugee from Turkey.

Capped at 72,000, around 96 Syrians have been resettled from Turkey since the launch of the scheme on March 20.

Their visit came in an effort to give fresh momentum to a deal sealed last month between Brussels and Ankara to help alleviate the refugee crisis.

Speaking at the news conference, Tusk said: “Turkey is the best example for the whole world on how we should treat refugees.”

“No one has the right to lecture Turkey what to do,” Tusk added.

“We saw that Syrians were embraced here as a society,” she added. “Turkey is the country that accepted the highest number of refugees. The EU needs to take responsibility as well.”

Merkel confirmed that Turkey first has to meet some 72 technical requirements before the short-stay visa restrictions are removed in the passport-free Schengen zone.

The requirements are linked to document security, migration management, security, fundamental rights, and the readmission of irregular of migrants. As of last month, it had met around half of the conditions.

In a common matter, Turkey’s record in tackling refugees is far from clean. This month, Amnesty International reported that the country sends hundreds of Syrians back to their war-torn country daily. Earlier rights groups reported that Turkish border guards were subjecting people fleeing from Syria to summary executions.

Ankara’s response to the allegation is denial.

“Some organizations, such as Amnesty International, have been publishing reports based on questionable research,” Davutoglu stated. “Not a single refugee has been sent back from Turkey to Syria against their will.”

For his part, Hungary’s Prime Minister Viktor Orban said on Saturday that the EU had “sold out to Turkey” and the consequences were “impossible to predict.”

He added: “The security of the European Union cannot be in the hands of a power outside the EU.”