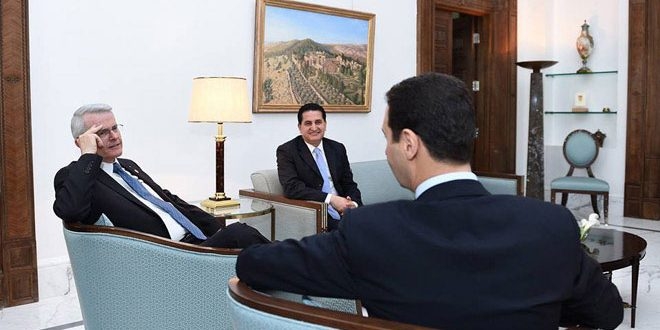 The terrorist attacks that struck several areas throughout the world are proof that terrorism knows no borders, President Bashar al-Assad declared during a meeting with US Senator Richard Black on Thursday.

Fighting terrorism, Assad stressed, demands a joint international effort that is not limited to the military level, but must include fighting the extremist Wahhabi thinking underpinning terrorism, the president said.

For his part, US Senator Black acknowledged the importance of Americans acquainting themselves with the reality of events in Syria, away from the disinformation practiced by some parties in Washington.

Black also highlighted the necessity of efforts to lift the economic sanctions imposed on Syria, which constitute a flagrant violation of international law.