Despite the difficult living conditions, refugees are attempting to summon the Ramadan atmosphere as they would experience in their home countries 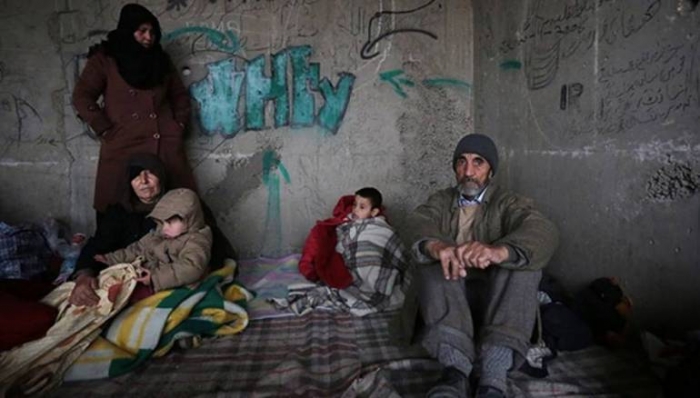 Living conditions of Syrian refugees in Bulgaria are no different from other countries of refuge, especially during the holy month of Ramadan.

Despite the difficult living conditions, refugees are attempting to summon the Ramadan atmosphere as they would experience in their home countries – distributing their time between fasting, worshiping and entertainment to pass the fasting time stretching for 17 and a half hours.

There is an obvious decrease in the number of Syrian refugees entering Bulgaria due to tightened border controls with Turkey, especially after the closure of the road to Serbia. Many Syrian refugees in Bulgaria live in camps, as there are currently four open centers to receive refugees; two of them are near Turkish borders, while the others are in Sofia and Banya to receive minors.

Specialties enter these camps with the start of Ramadan month every year, with some Islamic organizations distributing iftar (fast-breaking) meals, sponsored by Arab businesses. However, any activity inside the camp has to be approved by the authorities, that is why many organizations prefer to distribute meals in front of the camps or in their offices in the city.

Director of the Syrian association for refugee rights Mohamed Ali said, “Most of the fasting refugees come to the mosques to attend iftar and Tarawih prayers. There are two mosques in the capital Sofia in which two meals are offered daily in Banya Bashe Mosque in addition to collective meals done by the Muslim religious directorate in Bulgaria.”

The association connects refugees to the directorate as well as funders and other people who want to help join them during distribution time in Ramadan, Ali confirmed.

Ali added the number of Syrian refugees last year is more than this year since most have left to Germany and Sweden, but added there is a significant number of refugees who continue fasting.

Bulgarian President Rosen Plevneliev hosted an iftar banquet celebrating Ramadan for the third year in a row to honor the holy month and in respect to Bulgarian Muslims. Bulgarian official TV also broadcast a speech from the Grand Mufti of Bulgaria Sheikh Mustafa Hadji Aleesh in honor of Ramadan.