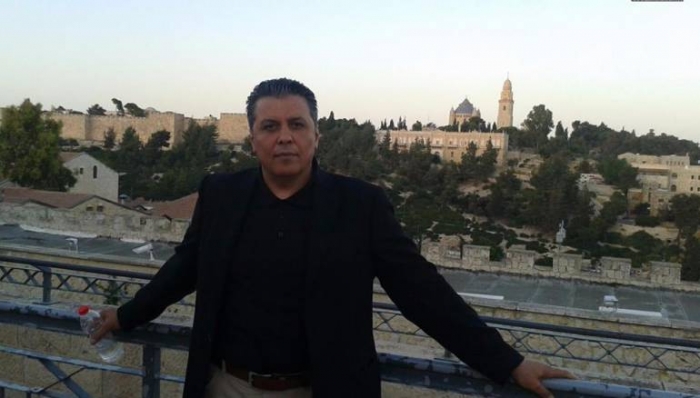 Syrian opposition figure Issam Zeitoun, whose visit to Israel last Tuesday sparked anger amongst rebel factions, said he did not claim to be representing the Free Syrian Army on his trip.

The recent naming of Zeitoun as “foreign relations representative” for the FSA’s Southern Front at Israel’s annual foreign policy forum, the Herzliya Conference, which took place between June 14-16, sparked protest among opposition members.

In a recent telephone interview with Zaman al-Wasl, Zeitoun described himself as an independent opposition figure seeking to convey the image of Syrian suffering, the purity of the revolution, its dedication to its true goals of freedom and dignity, and its fight against the regime and all extremist organizations.

Zeitoun admitted he will visit Israel for the third time in a bid to push for the establishment of a safe zone with help from academics and aid organizations.

Zaitoun was named to attend the conference alongside former US Secretary of State Henry Kissinger, as well as dozens of other intellectuals, military members, intelligence personnel and politicians from around the world.