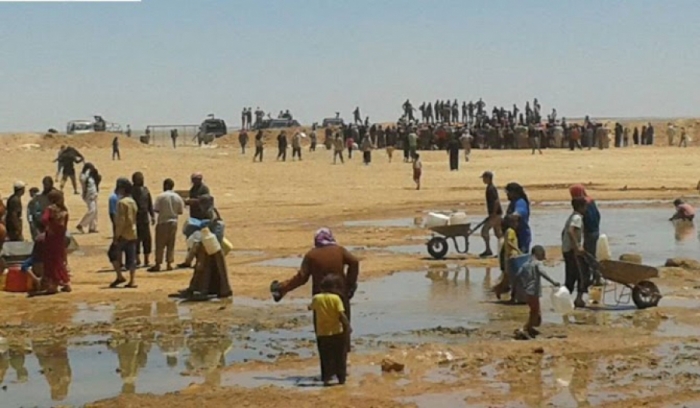 Syria’s main political opposition has blamed the Assad regime’s refusal to implement UN-backed humanitarian provisions as the prime cause for the ongoing flow of refugees to neighboring countries and Europe.

On the occasion of the World Refugee Day, secretary of the Syrian National Coalition’s political committee, Riyad al-Hassan, said that millions of Syrians have been displaced because of the relentless bombardment on liberated cities and towns by the Assad regime.

He pointed out that Articles 12 and 13 of UN Security Council resolution 2254 clearly called for stopping indiscriminate bombing of civilians, lifting the blockades on besieged areas, allowing the delivery of humanitarian aid to those in need, and releasing detainees.

At least 64 civilians, including 10 women and 13 children, were killed in aerial bombardment by regime and Russian forces on rebel-held areas across Syria on Sunday. The victims included 37 civilians who were killed in Aleppo, which continues to bear the brunt of the Assad and Moscow’s aerial attacks.

Hassan ascribed the increasing flow of refugees to a plan by the Assad regime, backed by Iran, to bring about demographic change in Syria through the systematic displacement of the population of entire areas.