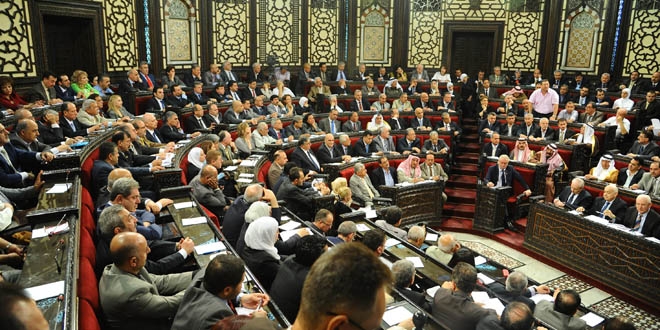 Syria’s lawmakers have called for a review of the recent decision by the government’s economic team to raise the price of oil derivatives, stressing that any ruling that affects the living conditions of citizens must have a positive effect on society.

During Monday’s parliamentary session, minister for petroleum Suleiman al-Abbas said that the increase in exchange rates and international prices of oil have led to the need to raise prices, while Finance Minister Ismael Ismael said that economic sanctions imposed on Syria have negatively affected state and private banks.

Oil revenues were responsible for 38 percent of treasury revenue prior to the crisis, Ismael noted, adding that oil derivatives are now imported at a higher cost than international prices due to the economic blockade imposed on Syria. He explained that the treasury now depends on the fees, taxes, and resources of some successful public sector establishments as its only source of income.

The finance minster said the recent intervention measures adopted by the government in the currency exchange market were an important attempt to stabilize the market, adding that the sums that will be dispensed as living compensation are larger than what will be acquired by raising the prices of oil derivatives.

For his part, Syria’s foreign trade minister Humam al-Jazaeri affirmed that amending the prices of oil derivatives is unavoidable due to the rising international prices.