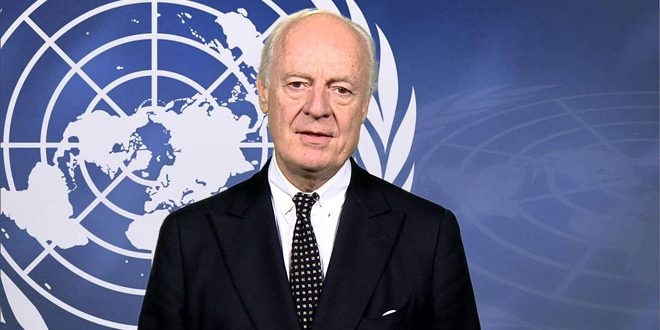 The United Nations Special Envoy for Syria Staffan de Mistura announced on Thursday that the next round of Syrian talks in Geneva has not yet been determined, noting that the UN seeks to resume the negotiations in July.

Speaking to reporters, de Mistura said he will travel to the US for consultations in New York and Washington prior to the UN Security Council meeting on June 29 in a bid to confirm a date for the Syrian-Syrian dialogue.

He added that the resumption of the Syrian peace talks is still in the preliminary stage, saying that talks being held in Cairo, Moscow and other cities will also be useful for the dialogue.