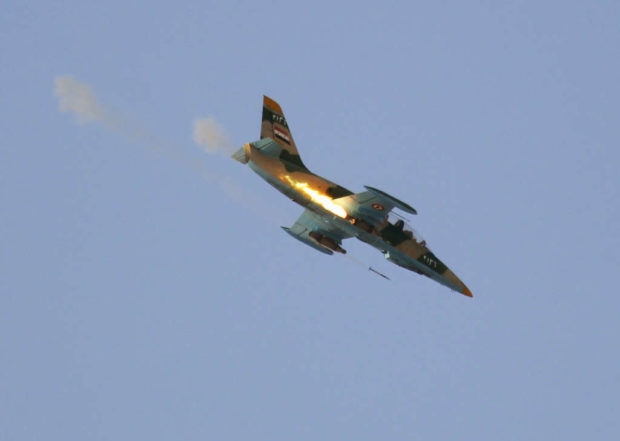 Air strikes carried out by Syrian or Russian warplanes killed dozens of people in eastern Syria on Saturday, the Syrian Observatory for Human Rights monitoring group reported. The Syrian warplanes affiliated with the recent attack run under the command of Bashar al-Assad’s regime. The observatory also said that the strikes hit the village of al-Quria in the eastern countryside of Deir-ez-Zor province, killing 47 people including 31 civilians.

Terrorist group ISIS controls most of Deir-ez-Zor province and has laid siege since March last year to the remaining regime-held areas in the city of the same name, which is close to Syria’s eastern border with Iraq. Deir-ez-Zor province links ISIS’ de facto capital in the Syrian city of Raqqa with territory it controls in Iraq.

Assad’s regime forces and its allies recently made advances against ISIS in Raqqa province, but were driven back from some of those areas by a counter-attack. Both the Syrian or Russian warplanes have been carrying out air strikes in the area.

U.S.-backed forces are separately advancing against the extremist militants in another stronghold city further north near the Turkish border.

“We will not stop until we can bring our fellow citizens back to their families,” Obama said in a statement on the anniversary of the White House’s policy review. Obama specifically named journalist Austin Tice who disappeared in Syria in 2012, Caitlan Coleman held in Afghanistan, and retired FBI agent Robert Levinson, who went missing in Iran more than nine years ago.

Earlier this week, the families of four Americans killed by ISIS urged Obama to do everything possible to bring home Tice, the only U.S. journalist known to be held in war-torn Syria.