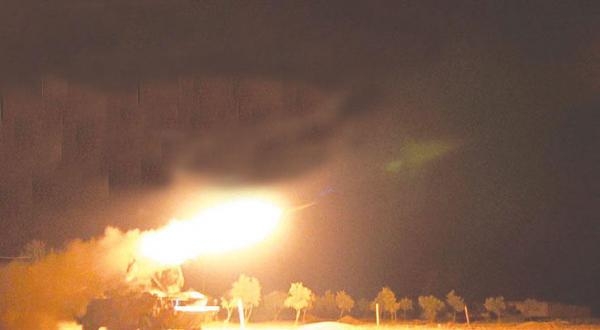 Jaish al-Islam announced that it has destroyed a helicopter belonging to the Syrian regime in eastern Ghouta and shot down another war plane near the Seine Airport in eastern Qalmoun with an OSA launcher system. The spokesman for Jaish al-Islam Islam Alloush said that this is “a message that military action will continue until the regime is overthrown”. However, the Syrian Observatory for Human Rights said that the MiG-23 military aircraft which was shot at in the eastern Qalamoun region was not demolished and managed to land at Seine Military Airport which is located in the Qalamoun area.

The helicopter that was shot down recently was brought down by the OSA system that was in the possession of Jaish al-Islam at the end of 2012. In November 2015, i.e. two months after Russia intervened in Syria, Moscow announced that it had destroyed the system, and this reassured the regime.

According to the legal adviser for the Free Syrian Army (FSA) Osama Abu Zeid, the Syrian regime therefore resumed flying its aircraft over Ghouta until the opposition faction succeeded in proving the opposite by bringing down an aircraft. Abu Zeid told Asharq Al-Awsat “We deliberately did not deny what Moscow announced about it destroying the missile transporter vehicle until the time came when they found out for themselves. The fact that the aircraft was shot down in Ghouta definitely proves this matter to them”. He recalled that Jaish al-Islam used the same vehicle that it used in Ghouta to target helicopters that bombed Darayya with barrel bombs in 2015. It was also used to bring down a reconnaissance aircraft in the Ajami area which is located in the city of Harasta, eastern Ghouta, in August 2013.

Whilst Abu Zeid has not ruled out the regime and Russia intentionally intensifying the bombing of Ghouta and targeting civilians in particular as a reaction to the aircraft being shot down by the Russian OSA system, he flatly denied that the opposition have acquired new types of weapons by saying “If this matter is true, this would have come to light in battles that took place in a number of areas, especially Aleppo”.