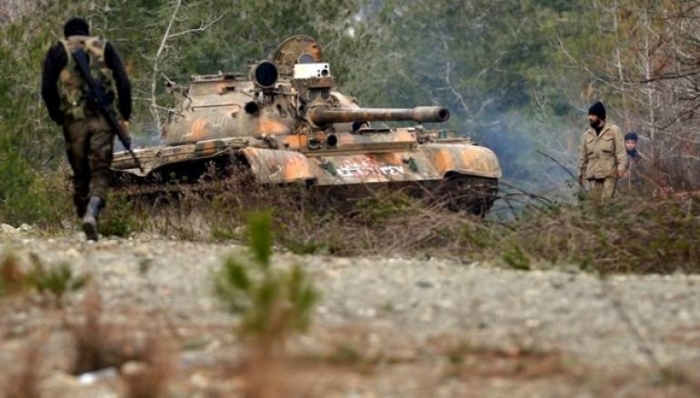 Armed opposition factions launched the “Battle for Yarmouk” Monday afternoon in an attempt to regain control over large numbers of coastal villages which fell to regime forces at the beginning of the year.

Majd al-Naji of the Lattakia media center confirmed that rebels have succeeded in taking Abou al-Ali Hill and other sites in the Baida village in Jabal al-Turkmen, as well as liberating the villages of Mazighli, Hakoora, Hamrat, Nahshaba, and Rashi Hill in Jabal al-Akrad.

A source at the Free Syrian Army’s First Coastal Division confirmed that more than 30 members of the regime’s forces were killed. The source, who spoke on the condition of anonymity, mentioned that the battle will not stop at any specific geographical point, adding that it would continue for as long as it needs.