Silence towards the terrorism of the Assad regime has contributed to complicating the conflict and worsening the ISIS terror, says deputy Coalition president 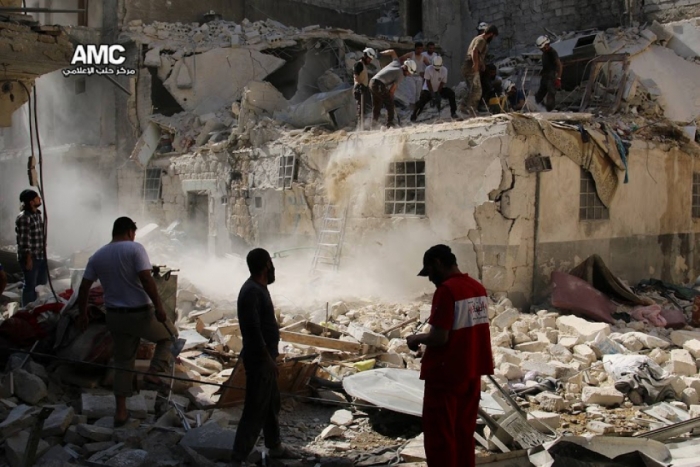 Vice President of the opposition Syrian National Coalition, Mouaffaq Nyrabia, said that there was still not a real climate for any political process in light of the continuing killing and crimes of the Assad regime and its allies.

Nyrabia said in a statement on Thursday that the silence on the terrorism of the Assad regime and its allies contributed to complicating the conflict and exacerbating the terrorism of the Islamic State group, while the active nations continued to forgo their responsibilities and were complacent about the disastrous effects ensuing from the continuing violations of the cessation of hostilities agreement 127 days after it was signed.

He said that the international community must break its silence, and begin to mobilize through real and urgent measures, knowing the real dangers ensuing from these violations, which lead to blocking the political process. Nyrabia added that these violations are not just breaches but a continuation of the criminal strategy of targeting civilians and taking them hostage once again in the project to negotiate the regime’s survival.

The death toll Wednesday reached 70 people, including seven children and four women, resulting from the breaches of the truce by the Assad regime and its allies, which numbered more than 49.

This information was documented by the Coalition’s media office through sources and local networks and certified activists in the targeted areas. These breaches do not include the areas under the control of ISIS and the Nusra Front.

In a statement on Wednesday, the emergency responders in the city of Douma in the Damascus countryside said that Assad’s forces had hit residential areas crowded with people with heavy artillery, killing three civilians, adding that a number were also wounded, mostly children.