Islamist fighters launch attack to retake the areas around the strategic Castello Road, the only supply route connecting rebel-held Aleppo city with the outside world 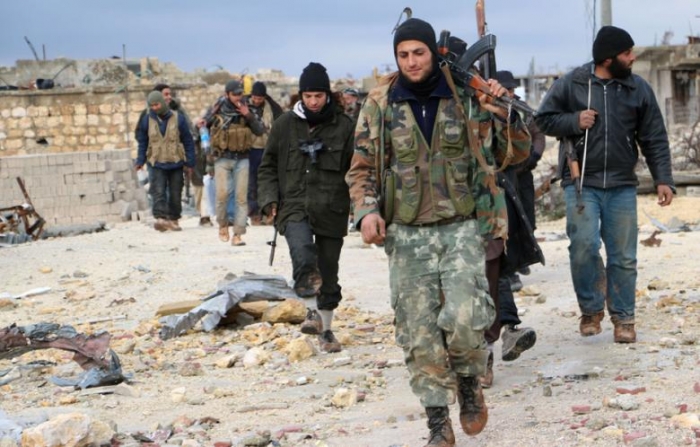 In the past two months, rebels foiled repeated attempts by the regime forces and its supporting militias to reach the strategic Castello Road north of Aleppo city, while ealier this week rebels seized the villages of Arab Slom and al-Asamat, the last regime-controlled areas in the Mallah farms.

The attack began after the Nusra Front group detonated a car bomb in tandem with an attack by the Sham Legion alliance using with heavy weapons, taking control over the northern Mallah farms and the southern al-Asamat farms amidst the withdrawal of regime forces and its supporting militias. The rebels then continued their advance to take control of the village of Arab Slom.

The rebel attack resulted in the death of dozens of regime forces and their allies and the destruction of vehicles and equipment, a rebel spokesman confirmed.

The battle for the Mallah farms took place at the same time as less fierce battles raged in the Ramouse and Khalidyet neighborhoods where rebels managed to destroy a tank and artillery and kill a number of regime fighters.

The Mallah farms area is considered the most dangerous point surrounding the city of Aleppo given it oversees the only supply route to the city, Castello Road, from the southwest. With the rebels’ attack, opposition fighters dispersed regime forces besieging Aleppo city after Castello Road was cut by crossfire over the past days.