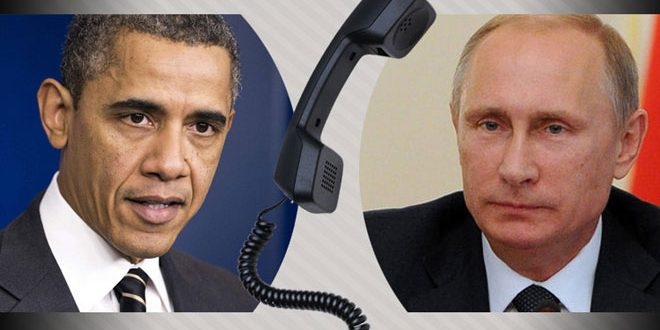 Russian President Vladimir Putin urged his US counterpart Barack Obama to help in separating Syrian “moderate opposition” groups from Al-Qaeda’s Nusra Front and other terrorist organizations as soon as possible.

“Both sides have confirmed their readiness to increase military cooperation between Russia and the US in Syria,” the Kremlin said in a statement released on Wednesday following a phone call between the two leaders. It added: “It is also important to resurrect the UN-mediated peace talks to arrive at a political solution of the crisis.”

The last round of intra-Syrian talks in Geneva reached a deadlock on April 27 due to the Riyadh-backed High Negotiations Committee delegation’s flippancy and links to foreign agendas.