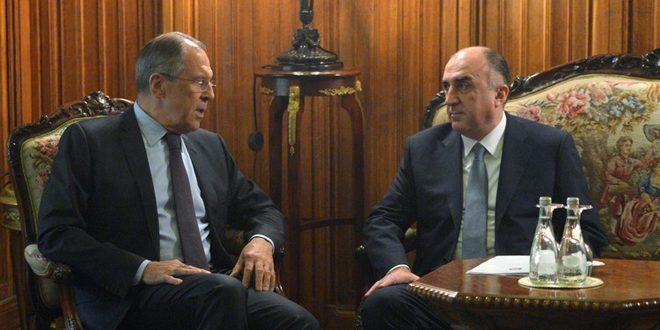 Russian Foreign Minister Sergei Lavrov renewed his country’s commitment to a political solution for the crisis in Syria in accordance with the UN resolutions, expressing concern over the UN envoy for Syria Staffan De Mistura’s delay to fulfill his commitments on holding a new round of talks in Geneva.

In a press conference in Baku on Tuesday with his Azeri counterpart Elmar Mammadyarov, Lavrov said that: “We are worried over UN Special Envoy for Syria Staffan De Mistura’s lingering to fulfill his commitments on holding a new round of talks in Geneva and over the statements he gives on the necessity for Russia and the USA to reach an agreement for managing issues related to a political settlement in Syria.”

Lavrov clarified that De Mistura is hinting that the UN will not hold a new round of Syrian-Syrian talks unless such an agreement is reached, stressing that Moscow seeks adherence to the system of “cessation of hostilities” in accordance with the UN Security Council resolutions which do not include the Nusra Front, the Islamic State group and others.