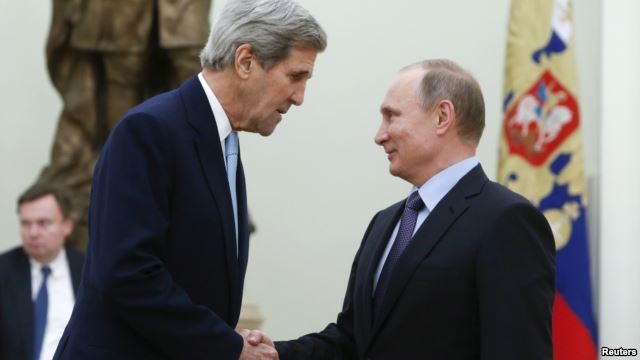 Russian President Vladimir Putin will meet with the US State Secretary John Kerry in Moscow on Thursday for bilateral talks on the situation in Syria and Ukraine, Kremlin spokesman Dmitry Peskov announced Wednesday.

In a statement to reporters, Peskov said that Russian Foreign Minister Sergei Lavrov will attend the meeting, adding that the two top diplomats will brief President Putin on the results of the dialogue.

In another context, the Russian Defense Ministry said in a statement on Tuesday that six Russian long-range bombers stuck Islamic State positions in al-Sukhneh, Arak and to the east of Palmyra after taking off from an airbase in Russia.