ISIS-linked media report on the death of Omar Shishani, the group's "minister for war," who they say was killed in Iraq 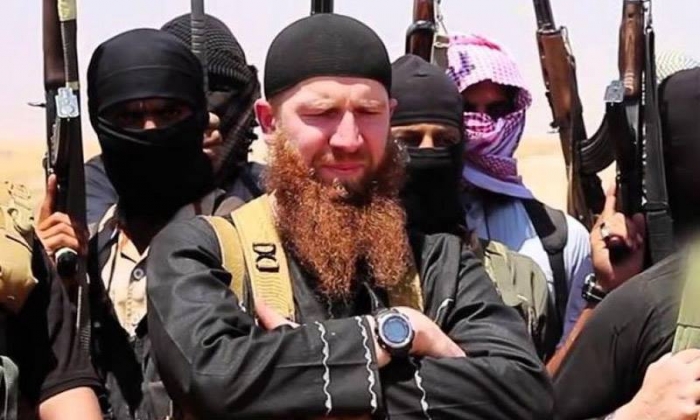 The Islamic State group’s Amaq news agency announced on Wednesday, July 13, that its general military commander, Omar al-Shishani, was killed while in the city of al-Sharqat near Mosul, Iraq.

The agency did not say how he was killed, but supporters of the group indicated that an air strike had targeted his place of residence.

Shishani, whose real name was Tarkhan Tayumurazovich Batirashvili and was from Georgia, known for his large red beard, was the top military official in the organization after he pledged allegiance to it.

Shishani entered Syria in 2012 and founded the Muhajireen wal-Ansar brigade only to abandon it after pledging loyalty to the Islamic State group with a number of his soldiers. He played a key role in taking control of the Menagh military airport in 2013.