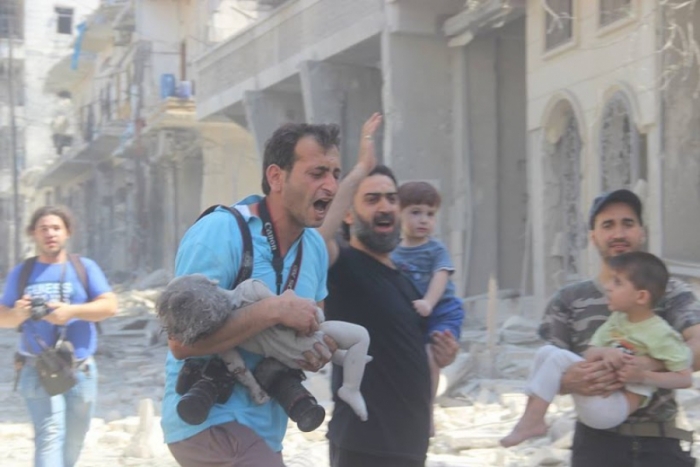 Opposition figure Yahya Maktabi said that the United States is continuing to ignore the terror practiced by Russian and Iranian forces alongside the Assad regime in Syria.

In a radio interview on Sunday, Maktabi criticized the absence of the international will to hold the Assad regime accountable for the war crimes it commits in Syria, adding that the Syrian people have been left prey to a genocidal war waged by Russia, Iran and the Assad regime.

Maktabi also criticized the disappointing absence of any international pressure on the Assad regime to stop its crimes in Syria.

Member of the opposition’s High Negotiations Committee in Geneva Basma Qadamani reiterated Maktabi’s comments on Sunday, saying: “What we really lack now is a strong response by the US to Russia’s actions on the ground in Syria.”

Qadamani said she was not optimistic about chances of launching a new round of peace talks in light of the continued bombing campaign by Russia in Syria, noting that Moscow continues to lie about the humanitarian steps they are willing to take to bring about peace in Syria.

She also stressed the need for a strong response by the US and its allies in Europe and the Middle East to address Russia’s actions in Syria, saying: “It is quite puzzling to see Western powers, supposedly the friends of the Syrian people, not providing any alternative approach to a solution in Syria.”