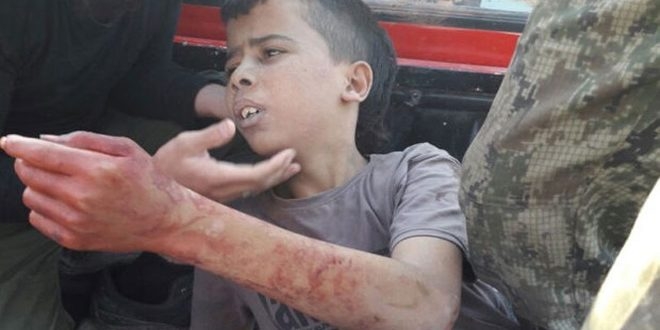 Syria’s Foreign Ministry has demanded the UN condemn the recent beheading of a Palestinian boy by a US-backed rebel group in Aleppo earlier this week.

A video emerged online on Tuesday purportedly showing militants of the Nour al-Din al-Zenki group decapitating a 12-year-old child in a camp for Palestinian refugees near Aleppo city.

The ministry called on the UN to condemn the crime against the boy, which it described as an “ugly” and “repulsive” act committed against an innocent child.

It also demanded punitive measures be taken against countries that support and finance terrorism in order to prevent them from hindering international peace and security.