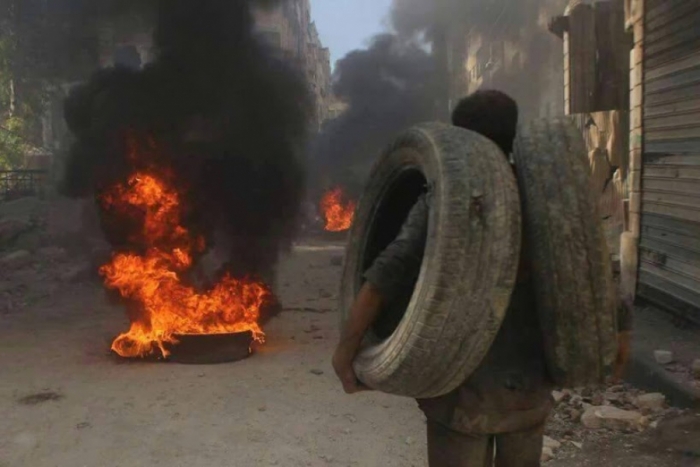 The vice-president of Syria’s main political opposition has blasted the international community for standing idly by as the Assad regime and Russian forces escalate their barbaric attacks from the air and ground on civilians in the liberated areas of Aleppo.

Syrian National Coalition’s Abdulhakim Bashar criticized the international community’s failure to stop such an aggression “as if the US-Russian sponsored ceasefire agreement were non-existent.” He reaffirmed the opposition’s commitment to a political solution in accordance with international resolutions, most importantly the Geneva Communique of 2012, which calls for the formation of a transitional governing body without President Assad and his inner circle.

Bashar reiterated the right of Syrian rebel and Free Syrian Army groups to defend themselves by all legitimate means, stressing that nothing can defeat the will of the Syrian people and their revolution. He cited the ongoing rebel and FSA offensive to break the siege on Aleppo as an example of the Syrian people’s strong resolve to defeat Assad.

Armed opposition groups on Sunday launched a major offensive to break the siege imposed by regime forces and allied foreign militias on the rebel-held parts of the city since early July. Activists published videos and photos showing children in the besieged neighborhoods setting tires on fire in an effort to ward off regime and Russian jets.

“A permanent solution in Syria cannot include Assad, his aides, terrorist groups such as ISIS and the Nusra Front or extremist groups such as the militias of the [Kurdish] Democratic Union Party,” Bashar said. “Excluding these groups is essential to restoring, peace, security and stability in Syria and to establish a free and democratic Syria.”