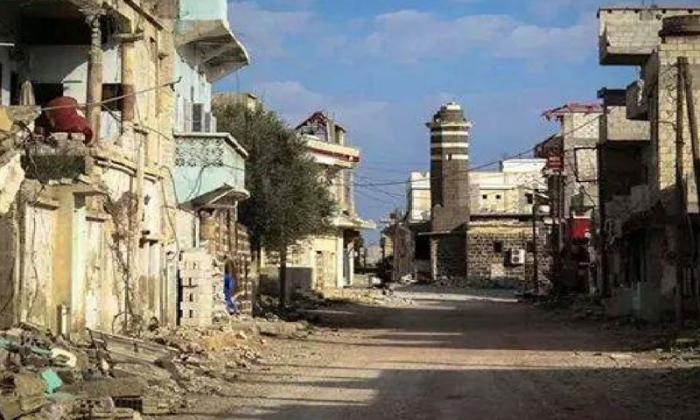 Opposition factions in the southern Daraa province carried out a rocket attack targeting the town of Sheikh Maskin in the city’s northern countryside on Monday, August 8.

Activists reported that the attack, in which the Free Syrian Army and the Ahrar al-Sham Islamic movement participated, aimed to restore control over the town.

The attack began in the morning hours with artillery and rocket fire targeting Assad forces positions in Sheikh Maskin, without any ground clashes or confrontations.

As of the time of writing, the rebels participating have not issued any statement or announced the start of the battle, which activists attributed to a new tactic employed by the opposition in the south of not announcing new offensives.

The coordination committee of Sheikh Maskin observed air raids on opposition positions around the city, coinciding with exchanged rocket fire, which killed an FSA member and wounded others, according to sources in the province.

Assad’s forces took control of Sheikh Maskin in January of this year after clashes and battles that lasted about a month.