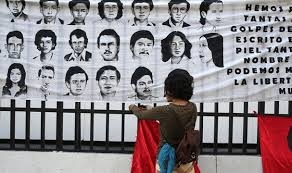 Member of Syria’s parliament and the human rights and freedoms council Ashwaq Abbas said that there is a large interest from parliament on the issue of missing and kidnapped people, revealing that its speaker Hadiya Abbas received a large number of families of missing and kidnapped people from all provinces a few days ago, promising families that she would exert every effort through the parliament’s institutions to help them, indicating that the issue was huge and needed coordination among a number of official agencies.

Abbas added: With the opening of the parliament’s coming session, a vote will be put forward on the formation of a council concerned with missing and kidnapped people, based on a proposal from a number of lawmakers to follow this issue to determine their fate, whether kidnapped or missing, civilian or military.

Abbas said that it had begun to deal with this issue seriously and officially, pointing out that previous efforts to resolve the issue had not taken the form which they needed to take, and for that reason an official institution was needed at the parliamentary level which adopts these issues.

Abbas said that the aim was not to gather numbers and statistics about the number of missing and kidnapped people, but that our preoccupying thought today was discovering their fate. She said that people had begun on their own to communicate and provide figures and had even begun to communicate with each other. She added: "Today we are working on adjusting the work institutionally and not on an individual effort so that it is not attributed to any one person."

Abbas said: We will cooperate with the Ministry of Reconciliation about this issue, and it may even go beyond the issue of responsibility, if there is dereliction. She said that it was now possible to accuse the ministry of dereliction because parliament was still in its summer recess: Until we say there is dereliction, there must be official steps such as calling the minister to parliament to give a picture of the ministry’s work, and then it is possible here to judge this work.

Abbas said: If we accuse any ministry of negligence, we also blame ourselves. No ministry is permitted to be negligent, and if this is found to be the case, there will be legal steps ensuring cooperation and if there is no response, five MPs are allowed to question the minister under the dome.