Humanitarian corridors should not be used to supply terrorists with weapons and fighters if serious about reaching a solution to the crisis in Aleppo, says Churkin 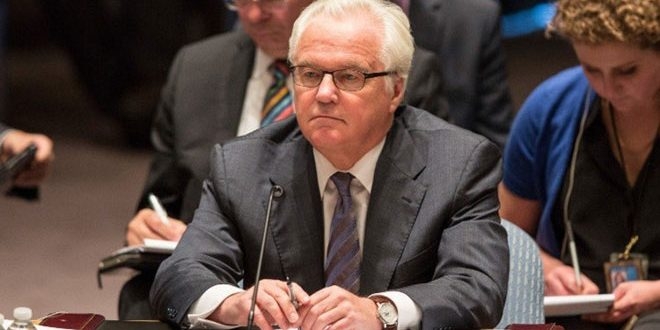 Russian UN ambassador Vitaly Churkin has called for a strengthening of the Syrian-Turkish border to prevent the smuggling of terrorists and arms.

Speaking during a meeting of the UN Security Council, the envoy stressed that humanitarian corridors should not be used to supply terrorists with fighters, weapons and ammunition if the international community had hoped to reach a solution to the crisis in Aleppo.

Churkin noted that any future humanitarian truce in Aleppo should not be exploited by armed groups to enhance their supply resources or rearrange their ranks, expressing hope that those states who support opposition factions would be able to guarantee the rebels’ commitment to political agreements reached between negotiators on both sides.

A series of meeting are currently being held between military experts and politicians from Russia and the US in the Swiss city of Geneva to discuss a renewed ceasefire and counter-terrorism in Syria.